What Happened in the Stock Market Today

What Happened in the Stock Market Today

On a day major stock benchmarks closed up, Wells Fargo fell after reporting earnings and Gogo tumbled on turnaround plans that weren’t well-received.

Stocks fell in early trading, but recovered during the day to end a positive week with more gains. The Dow Jones Industrial Average (DJINDICES:^DJI) closed above 25,000 and the S&P 500(SNPINDEX:^GSPC) finished over 2,800 for the first time since February.

As for individual stocks, Wells Fargo & Company (NYSE:WFC) fell following the release of the bank’s latest quarterly results, and Gogo (NASDAQ:GOGO) plummeted after presenting turnaround plans that were less than convincing. 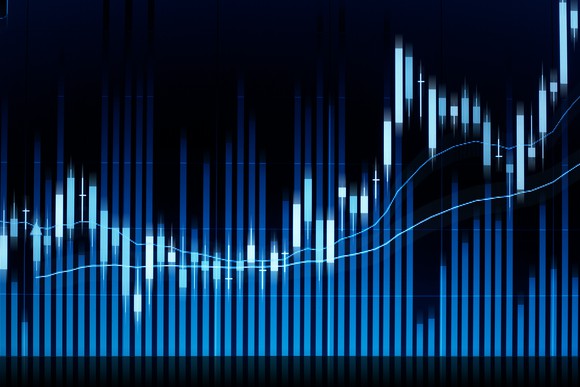 Wells Fargo helped lead off the earnings season for big banks, reporting Q2 results that missed expectations on the top and bottom line, and shares lost 1.2%. Revenue fell 3.1% to $21.55 billion and earnings per share were flat at $1.08, excluding $0.10 per share due to a $481 million charge the company took related to the sales tax decision by the Supreme Court in South Dakota v. Wayfair. Analysts had been expecting Wells to earn $1.12 on revenue of $21.68 billion.

Net income from the community banking segment fell 9.7% from the period last year, but would have shown an increase of 7.7% if it weren’t for the $481 million tax charge. Net income from wholesale banking declined 3.9% and profit from wealth and investment management dropped 37.4%.

Wells Fargo is clearly still feeling the impact of fake accounts scandal, but the bank is making some progress, and in the meantime is increasing capital returns to shareholders, increasing the quarterly dividend 10% to $0.43 and planning to spend up to $24.5 billion in share repurchases in the four quarters beginning in Q3.

Shares of in-flight broadband services provider Gogo went into a tailspin today, falling 16.2% after management presented a plan designed to turn the struggling company around and lowered profit guidance for the year.

Gogo’s “Gogo 2020” plan targets breakeven free cash flow by 2020 and annual EBITDA growth each year, reaching $200 million in the final year of the plan. The company plans to boost profit by reducing the upfront equipment subsidies it gives airlines and cutting operating expenses in its commercial aviation segment by 20%. The company is also looking at ways to deal with $317 million in convertible debt before it becomes current in March of next year, and is considering breaking up the company into separate businesses for commercial aircraft and business aircraft.

Looking forward, Gogo reiterated revenue guidance of $865 million to $935 million for 2018, but lowered previous guidance for adjusted EBITDA of between $65 million and $90 million to a range of $35 million to $45 million.

Investors appear to be losing patience with Gogo, which fired its CEO, had its credit rating lowered, is saddled with $1 billion in debt, and is suffering through the consequences of bungling a major product release last year.