Trolling for Kokanee — in January

Trolling for Kokanee — in January

The rod throbbed up and down indicating that a Kokanee had taken the bait and was solidly on my rod — not on a short rod set through an ice hole, but one hanging out of the back of the boat in January.

Trolling for Kokanee on Ririe Reservoir in the middle of the winter was not my dream for catching the landlocked salmon this year.

A year ago we had been ice fishing on Ririe for a full month and had 18 inches of ice covering the reservoir. This year Ririe has capped over twice, only have the wind and warm temperatures break up the ice the next day.

When my wife caught me outside last Monday and said Mike Bruton had called and that I needed to call him back immediately because she needed some Kokanee, I shuffled in and called.

“My boat is hooked up and I am headed to Ririe; want to go?”

“Give me a half-hour and I will be there.” 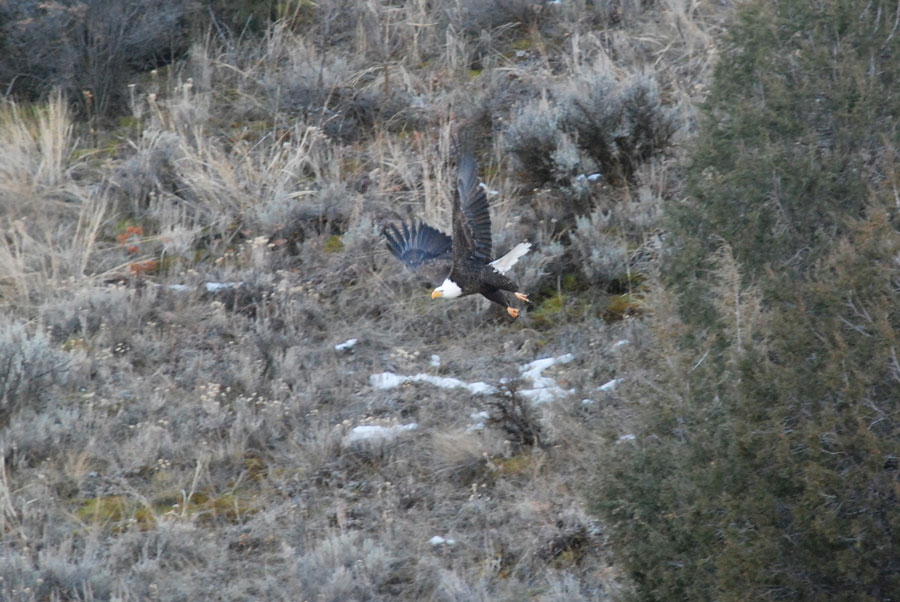 We checked with the Idaho Department of Fish and Game and Bob Johnstone, manager of the Juniper Campground, to see how far we could legally fish as fishing is limited to within one mile of the dam while ice fishing. We were informed that we could fish anywhere while in a boat on open water.

Johnstone reported to us that a group of fishermen had done very well just up from the dam near the summer boat mooring area so we began in that area, but had no luck. We tried several areas where we had been successful ice fishing in past years while hundreds of Canada geese left the fields and landed on the water. 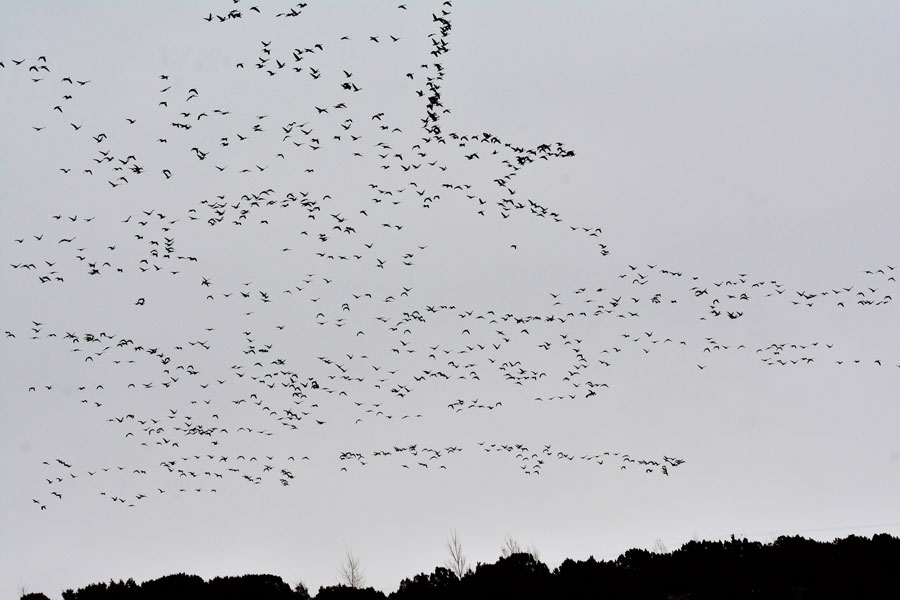 After being skunked for almost two hours we decided to head up the lake where we found the reservoir frozen over about a quarter of a mile above the power line. Trolling near the ice it didn’t take very long before we had Kokanee in the boat. All the fish were running between 11.5 and 13 inches.

We were using a dodger and trailing a hoochie tipped with red-dyed corn. The lines set at 35 to 40 feet in the down riggers and rods with leadcore line fished equally in the short time we had left.

Fishing was not fast but unlike fishing in the summer when we lose about 50 percent of the fish hooked, we did not have any fish come off after it was hooked.

We had the reservoir to ourselves except two fishermen fishing from the bank at the boat launch. 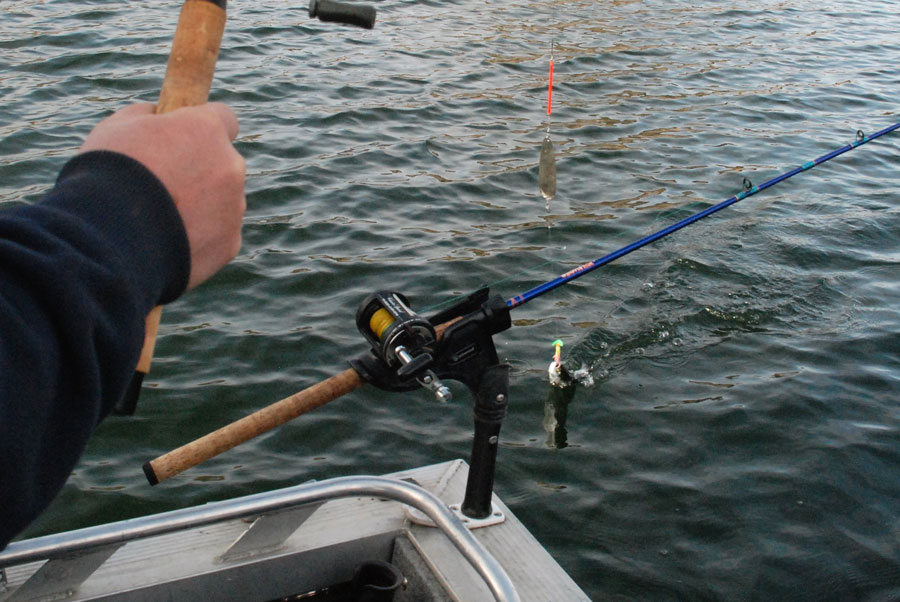 “I’m coming back on Thursday, want to come back with me?” “Yup!” was my answer that was almost drowned out by the geese flying in.

As we launched on Thursday the geese were on the water in large flocks separated by a film of ice around them. About half the surface was covered with freezing water and ice about an eighth of an inch thick on the 32.6 degree water.

By avoiding new formed ice, we made our way back up past the power line and it did not take long before we had Kokanee on three of the four rods. All three were landed, but it was another hour before we found more willing fish.

The large schools of kokanee located on the fish finders would not hit but as soon as they broke up in smaller pods with singles between them, we started catching them.

It was an enjoyable day to be on the water. Three Bald eagles entertained us during the slow fishing times.

We are not counting out the ice fishing on Ririe yet as it may still happen, but in the meantime with 40 degree days predicted, we will fish out of the boat and enjoy it with the eagles and geese. 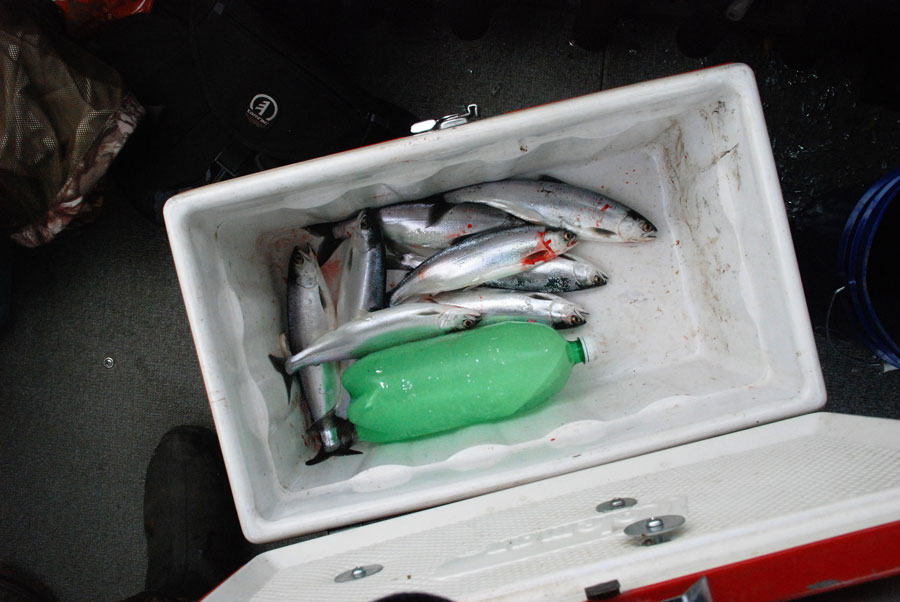