Pew researchers said last week that 65 percent of American adults describe themselves as Christian. That is down from 77 percent in 2009. Pew also reported that both Protestant and Roman Catholic churches are losing members. 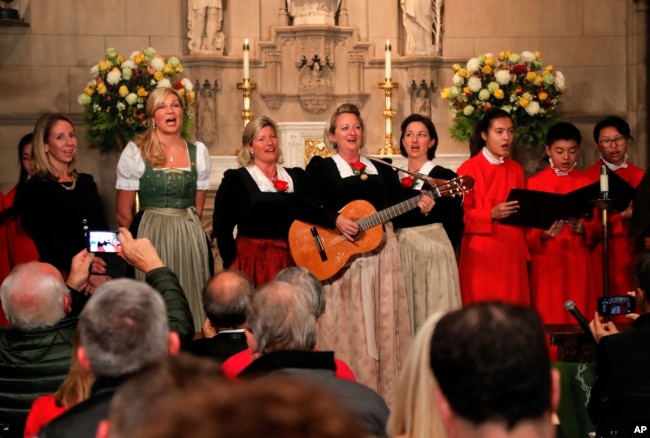 Twenty-six percent of Americans now describe their religious identity as atheist, agnostic or “nothing in particular.” That is up from 17 percent in 2009. Atheists are people who do not believe in God. Agnostics are not sure whether or not a God exists.

Americans making big buys online in the middle of the night

Americans Are Already Moving Away From the Rising Water’s Edge

The increase in so-called religious “nones” is happening across all groups of people. Education level also does not seem to matter. “Nones” are growing among college graduates, as well as those with lower levels of education.

The report comes at a difficult time for many major religious groups in the U.S. The two largest — the Catholic Church and the Southern Baptist Convention —are dealing with widespread clergy sex-abuse cases. And, the United Methodist Church, the largest Protestant group, faces a possible split over differences on whether to include LGBTQ people.

Pew said the drop is not because Christians are attending church less often. They say it is because now there are fewer Christians in the population.

If you go to church in America, chances are you are older. Pew’s data found a wide age difference. Three-quarters of people over the age of 55 described themselves as Christian, compared to just under half of so-called millennials—people who finished high school after 2000.

Meanwhile, the share of U.S. adults who identify with non-Christian faiths rose from five percent in 2009, to seven percent today. This includes two percent of Americans who are Jewish. One percent say they are Muslim, Buddhist or Hindu. Three percent identify with other faiths, including people who describe themselves as “spiritual.”

Millenials Will be the Richest Generation in American History