ITHACA, N.Y. – A private investigation into the death of a Cornell University freshman is focused on an alcohol-fueled fraternity party where some students say they got black-out drunk, blurring memories of the last night he was seen alive, the family’s attorney said.

Newly reported details about Antonio Tsialas’ death in late October came to light after his parents hired private investigators and offered a $10,000 reward for information that reveals what happened.

Among the flood of tips are students who suggest Tsialas attended the frat party and traveled with at least one other person to a remote area near Fall Creek in Ithica, according to David Bianchi, an attorney for the parents from Miami.

“The people who knew him best at Cornell have told us unequivocally that there is no possibility that he would have even known how to get to this place, or gone there on his own,” Bianchi said.

Yet in addition to the frat party, another element of the parents’ search for answers is the history of Cornell student suicides connected to the gorges in Ithaca.

The Cornell University Police Department declined to discuss its ongoing investigation of Tsialas’ death. In an initial statement on Oct. 26, the agency noted it didn’t suspect foul play.

Bianchi described the police statement as premature and dismissed the possibility that Tsialas took his own life.

“There is not a scintilla of a chance that this was a suicide,” Bianchi said.

“On the night that he disappeared, he had his last supper with his mother at a restaurant just off campus,” Bianchi added. “We have photographs of the two of them at the restaurant, and they were happy.”

Tsialas’ father, John, also spoke about the murky circumstances surrounding the death of an 18-year-old Ivy League student from Coral Gables, Florida, with a seemingly bright future ahead.

“He was in a very good state of mind, and he was doing well. This is just so confusing to us; there’s more to it than meets the eye,” said John Tsialas, reached by phone last week.

“We just want the truth,” he added.

What Cornell says about Tsialas’ death

She noted the university police agency “followed more than 170 leads and has conducted numerous interviews but has not yet developed a complete picture of the circumstances surrounding Antonio’s death.”

Further, Pollack noted Antonio attended an unregistered and unsupervised party at a fraternity the night he was last seen. She added that freshmen were at the party and alcohol was served.

The day before the party, the frat’s membership had also faced a judicial hearing for prior misconduct, Pollack stated. The frat was placed on interim suspension after Antonio’s death, pending a judicial proceeding.

“While there are many important benefits to Greek Life at Cornell, there is also a continuing and disturbing pattern of activity that violates our policies and threatens the health and safety of our students,” Pollack stated last week.

Fraternity community officials at Cornell voluntarily halted social activities after the death, and Pollack last week announced additional reforms to the Greek system will come before the semester ends.

Bianchi identified the fraternity that held the party as Phi Kappa Psi. It didn’t immediately respond to an email and phone call seeking comment about Antonio’s death.

It was one of at least four recent cases where young men have died in circumstances apparently related to college fraternities across the country, as families, universities and fraternities are struggling to decide how to address the toxic behavior sometimes associated with these organizations.

Many supporters say frats’ volunteer service, fundraising and sense of community outweigh the bad behaviors. But critics are increasingly drawing connections between the high-profile deaths, putting blame on fraternities’ culture of hazing.

Bianchi asserted Phi Kappa Psi was holding a secret party for freshmen, including Antonio, being considered for membership in the frat.

“A lot of alcohol was served that night to the freshmen by both the membership of the chapter and members of a sorority that were there participating in it,” Bianchi contended.

“Some of the freshmen were given so much alcohol that they said they blacked out and have very little recollections of what happened that night,” he added. 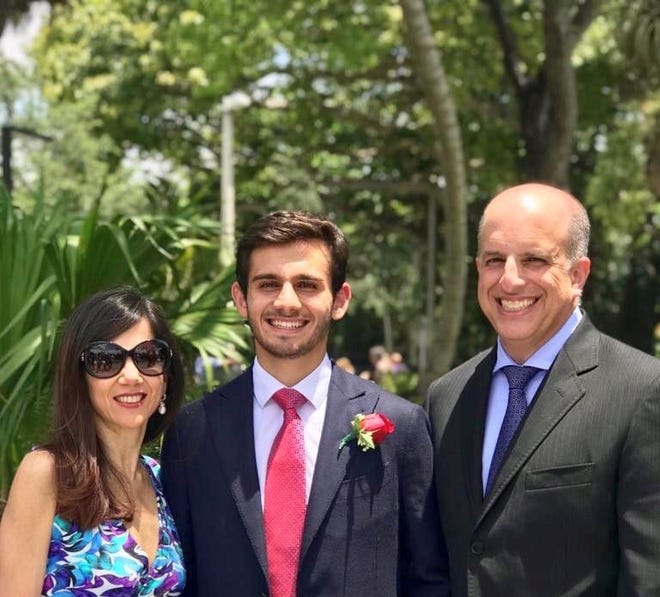 Antonio was reported missing after failing to meet his parents in Ithaca the morning after the Thursday night frat party. Authorities found his body in the gorge Saturday.

John Tsialas last week addressed Antonio’s overall well-being in the days, weeks and months before the party. He described his son as everything from a soccer team and academic standout to a gregarious youth who deeply loved his family.

“He was focused on his studies and thinking about internships in the summer time, and he was thinking about his future,” said John Tsialas, recalling talks during regular phone calls with his son.

The private investigation also didn’t turn up any red flags that Antonio was in distress after analyzing his computer, according to Bianchi, who added investigators are seeking a cellphone.

“When they found Antonio, he had his wallet but his phone was not there, and we don’t know where it is,” Bianchi said. 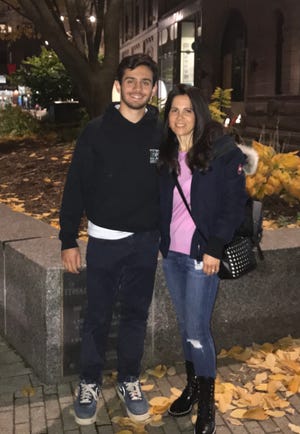 Further evidence of Antonio’s mental state came in the form of more than 300 young people who attended the memorial service, Tsialas said.

“He affected so many kids in a positive way, and so many kids were giving stories of how he was so hopeful and happy,” Tsialas said.

“Our family is heartbroken and devastated over the loss of our son,” she wrote. “He was an exceptional young man and a bright scholar. Antonio had done everything right in life and he was fulfilling his dreams at Cornell.”

She also urged students to come forward with details about the frat party.

“As a parent we want to know the TRUTH about what happened to him and who was with him that night,” she wrote. “What occurred at that fraternity party? Who left with Antonio that night? Who was with him when he died? Why was he found so far from his dormitory?”

One Cornell student’s suicide in 2010 prompted a high-profile lawsuit, which led to the installation of cameras and safety netting intended to discourage and prevent people from jumping into the gorges.

The student, Bradley Ginsburg, was also a freshman from Florida eyeing membership in a frat.

A straight-A student from Boca Raton, Ginsburg was pledging a fraternity and had never showed signs of mental health problems to his parents or roommate, according to a summary of facts in the case. His body was found Feb. 17, 2010, and he had generated a suicide note the day before.

Friends from high school told the Palm Beach Post newspaper that he was homesick but was doing well at Cornell.

Reached by phone last week, Bradley’s father, Howard Ginsburg, spoke about the investigation into Antonio’s death and pain of not immediately knowing all the details.

The case was ultimately settled for $100,000 from the city and the creation of a Cornell scholarship in his son’s name.

“I was furious in not knowing what happened, and that to a large extent contributed to my lawsuit because I was kept in the dark,” Ginsburg said.

Ginsburg noted the depth of his son’s depression before the suicide only came into focus after investigators found troublesome writings and music on a computer.

“I do think that universities all need to take depression a lot more seriously,” he said.

Meanwhile, the pain of losing his son remains fresh nearly a decade later.

“Everything is like it happened the day before. It never goes away,” Ginsburg said.

The early details cited by private investigators looking into Antonio’s case appear to be different than the 2010 suicide.

For example, Bradley Ginsburg jumped to his death from a bridge over Fall Creek.

Antonio’s case seems to involve a more remote area of Fall Creek away from bridges, safety netting and cameras connected to suicides in the past, according to Bianchi, who criticized Cornell police’s initial public statements for lacking many details.

“I don’t know how anyone could say just a couple of days after they found his body that they don’t suspect anything in particular, foul play or otherwise,” Bianchi said.

“The right thing to do is to conduct a thorough investigation and wait for it to be fully completed.”

(CNN) — The US Centers for Disease Control and Prevention told doctors on a conference call this week that...