Why the political fight in Georgia is far from over

Ranked as the No. 3 offensive tackle in the country according the the 247Sports Composite, Dobbs had compiled offers from all over the country before committing to Michigan State on earlier this week.

Becoming Michigan State’s highest rated commit since Charles Rogers in 2000, Dobbs will be carrying a lot of expectations to East Lansing in 2019. Although he still has one season of high school football to play at Belleville High School, he’s ready to head to East Lansing to meet those expectations head on. 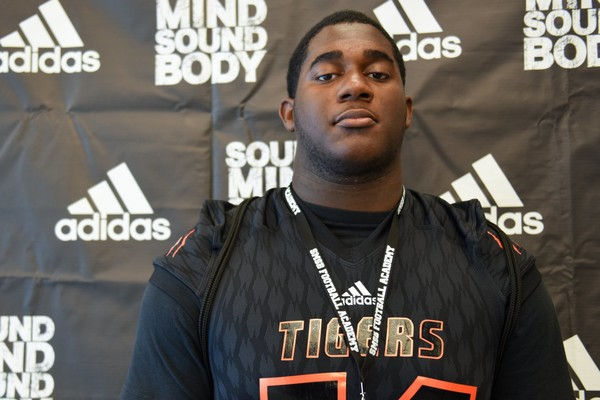 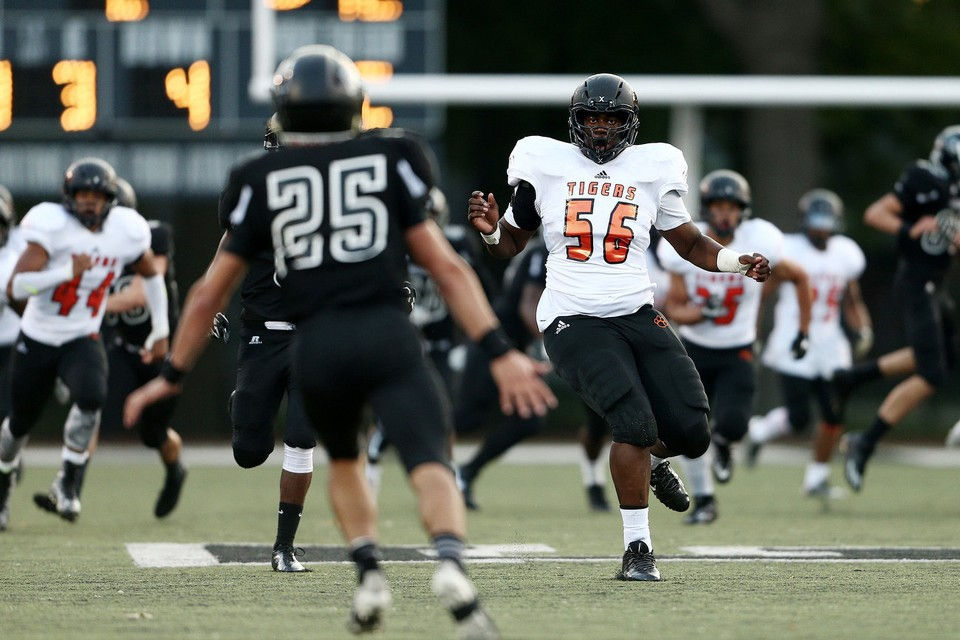 Building a love for the game

Dobbs’ football career began at the age of eight years old when he played for the Detroit Titans on the east side of Detroit in the PAL league.

Believe it or not, Dobbs did not know if he was going to enjoy football or not. All he did know was that he enjoyed watching the sport on television with his father.

“I was sitting in the living room watching the Chiefs vs. the Seahawks, probably,” Dobbs said. “I started learning more about it and then when I started playing football, I just fell in love with it.”

Always one of the bigger kids, Dobbs found his home on the offensive line right from the beginning. First playing guard, he eventually moved out to tackle.

As he grew in the sport, he also continued to learn anything he could while watching the pros play on Sundays. Emulating offensive lineman like Dallas’ Tyrone Smith and Washington’s Brandon Scherff.

Whether watching other athletes or his own film, Dobbs is willing to do whatever it takes to learn more about the game. Every game and every practice is a chance to apply recently learned skills and gain new ones.

“I love to compete,” Dobbs said. “I’m fierce. I’m athletic, strong and I’m willing to learn. I’m like a sponge. I just love the game and love the relationships through the game.”

Although offensive lineman are usually not the players receiving the spotlight during games, Dobbs has come to love the diversity of challenges that come with being a lineman.

“I like going against diverse guys,” Dobbs said. “Some of them are speed rushers, others are power and some would be balanced. It’s a much more athletic position. 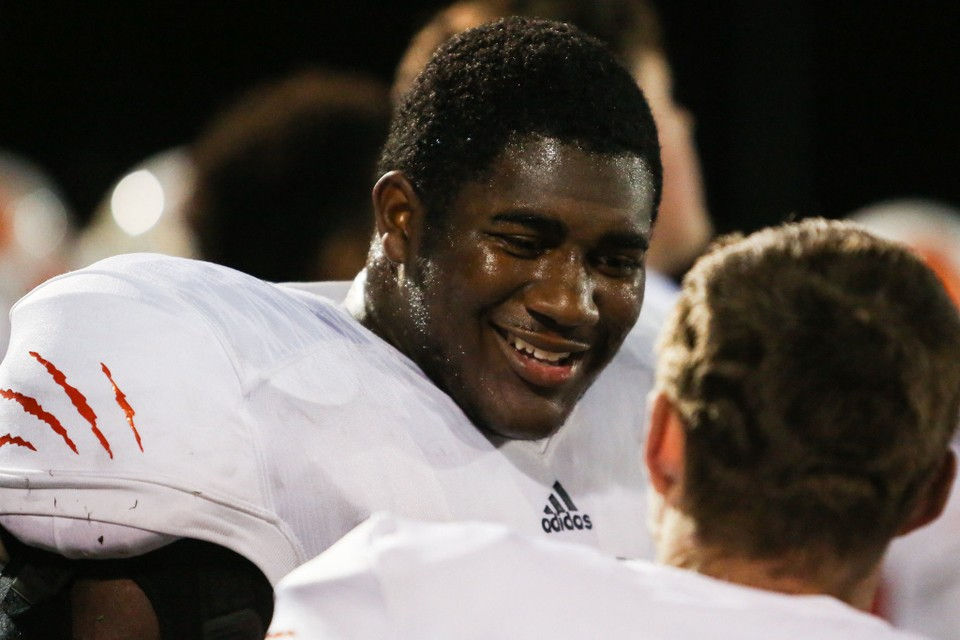 A heck of a recruiting process

The harder Dobbs worked, the more people began to notice. Among those taking notice were coaches at some of the top football programs in the country. Heralded as a “real deal” prospect from the start of his freshman year, it didn’t take long for scholarship offers to roll in.

Receiving his first offer from Iowa State in March of his freshman year, Toledo and Bowling Green followed soon after. Then, at the end of April his freshman year, Kentucky became the first SEC school to offer a Michigan freshman when they extended a scholarship to Dobbs.

That was just the beginning.

Eventually, his list of offers grew to over 30 schools. As overwhelming as that type of recruiting process can be, Dobbs kept himself on the straight and narrow throughout.

“It wasn’t too hard because I never let the recruiting process consume me,” Dobbs said. “I never let it get in the way of my studies.”

The crucial offer among all of them came on June 15, 2016, when Michigan State offered him. 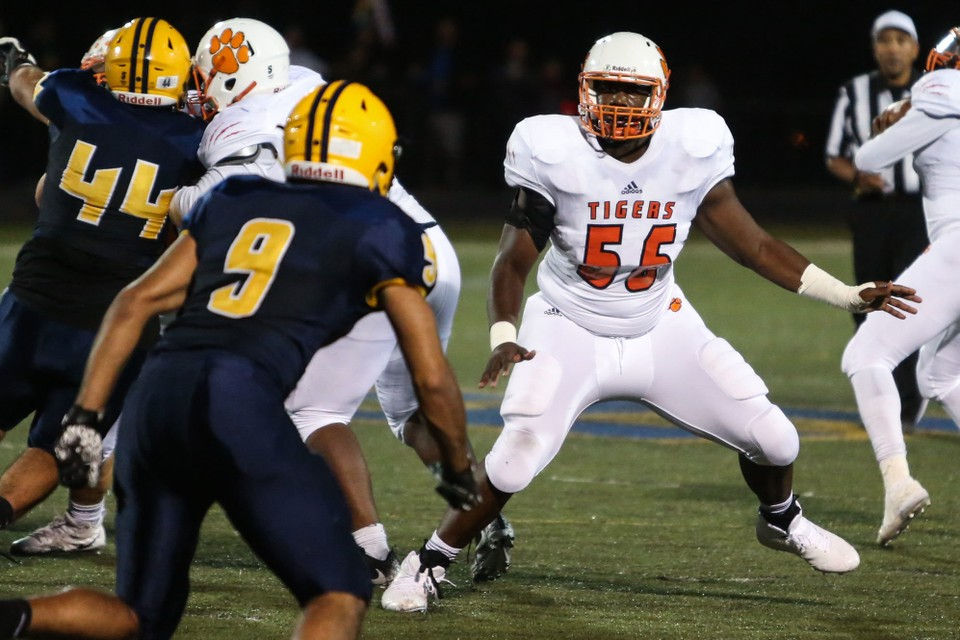 In late May this year, Dobbs took a crucial step in his recruiting process by naming his top eight schools that he was going to focus on, which were Michigan State, USC, Georgia, Oklahoma, Clemson, Florida State, Auburn and Ohio State.

Although the list was smaller, the stress was getting a bit higher because Dobbs knew that things were getting much more real. However, Michigan State seemed to stand out all along.

Even after great official visits to Auburn and USC, Dobbs could not fight his gut or heart any longer and committed to Michigan State on June 25.

“I love the campus,” Dobbs said. “The campus is beautiful and I love the people that are there. I’m ready to get there and get established and just build up my foundation.”

Dobbs felt like his relationship with the Michigan State coaching staff was stronger than any other team he was considering. He didn’t need an official visit with the Spartans to come to that conclusion.

“I’ve got the best relationship with (MSU),” Dobbs said. “It just felt right. They’ve felt right in my head for a little while.”

Plus, he is sold on Spartans head coach Mark Dantonio.

“I completely trust him because I know past players that have been up there … and they say all good things about him,” Dobbs said. “Just all good things.”